INQAAHE is proud to present the 13th Biennial Forum in Mexico City (Mexico) on June 6-8, 2022. This year's event is entitled Sustainable Quality Assurance: Optimizing Synergies between Artificial and Human Intelligence and is proudly hosted by the Mexican Federation of Private Institutions of Higher Education (FIMPES) both virtually and in-person. Many of you have already confirmed your participation by registering for the event and we are delighted that so many are able to attend in person. In either mode, it will be a valuable opportunity to link global quality assurance initiatives to the local and regional community.

As you know, the Regional Networks are an important group within the INQAAHE family, and we have a session tailored specifically for you at each of our events. This year's Regional Networks meeting topic is on the Global Convention on Recognition and presented by Aurelija Valeikienė, Head of Lithuanian ENIC/NARIC, Centre for Quality Assessment in Higher Education (SKVC) and Deputy Director at the Centre for Quality Assessment in Higher Education (SKVC). José Luís Guzmán, UNESCO Education Associate Expert, will also contribute to the conversation. The session will explore specific mechanisms and tools for operationalization of such soft regulations as UN Regional and Global Conventions for Recognition of Qualifications with an emphasis on the role for quality assurance (internal and external). In particular, good practices taking some of the Conventions (e.g., Lisbon Convention) to success will be explored in detail, with some examples of specific tools, mechanisms and principles for success. Contextual specifics will be prioritized to ensure the best practices are applicable and feasible in diverse regions, cultures and settings.

We look forward to seeing many of you in person in Mexico City, and hope that many of you can join us virtually for the broader Forum. Regardless of your Forum registration status, we would be pleased to have you participate in this Regional Networks Meeting, taking place Monday, June 6 at 16:00 Mexico City local time/21:00 GMT.

You can join the session through the following Zoom link: https://us06web.zoom.us/j/83318414824?pwd=U1NXZzhRR0FLQm9mQXhaWEVQYTJNZz09. 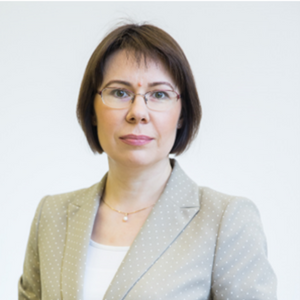 Aurelija Valeikiene works as Deputy Director at the Centre for Quality Assessment in Higher Education (SKVC), Lithuania since 2004. Her areas of expertise include external quality assurance of higher education, academic recognition of foreign qualifications, and internationalisation.

Currently is member of European Commission‘s expert group on micro-credentials. In 2013-2014 served as member of ENQA (European Network of Quality Assurance Agencies) Board, from that time onwards contributed to a number of ENQA working groups, currently serves on the Agency Review Committee which provides internal quality assurance for external reviews of quality assurance agencies in the European Higher Education Area (EHEA) coordinated by ENQA. Is ENQA expert for external quality assurance agency reviews and contributes as a trainer of reviewers.

Served as Honorary Treasury (2006-2007), then was elected President of the Network of Central and East European Accreditation in Higher Education Agencies (CEENQA) in 2010-2011. In 2012-2015 was Lithuanian delegate to the pan-European working group on structural reforms (encompassing such themes as quality assurance, qualification frameworks, recognition of qualifications, transparency instruments) at the Bologna Secretariat. In 2015-2018 served in the Advisory Group to support Belarus in the roadmap to EHEA under the Bologna Process Follow-up Group. Currently is involved in the Bologna Process peer support group on academic recognition (including automatic recognition of qualifications) and micro-credentials.

Has worked as an expert locally and internationally on various projects and was speaker in events, upon invitations from the Council of Europe, the World Bank, European Commission, European Training Foundation, Europe-Asia Foundation etc. On work or expertise-related missions has visited 41 country in Europe, North America, Middle East, and Asia. 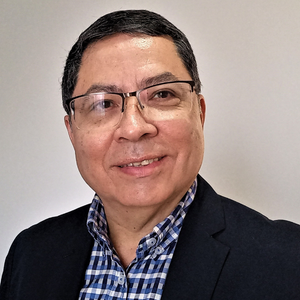 As education expert in project management and research, he has led or supported initiatives in public and private organizations since the 80s. He was Vice Minister of Education (2005-09) and founding Chair of the Education Department at the Universidad Centroamericana José Simeón Cañas, UCA (1991-95), both in El Salvador. He was also a member of the Central American Higher Education Accreditation Council (2010-2013) and El Salvador’s Higher Education Council in the late 90s. His experience includes teaching in secondary and higher education as well as research on education reform and teacher policies. He has worked as an education consultant for international organizations including UNESCO, USAID, the Inter-American Dialogue, the World Bank, the Inter-American Development Bank, JICA, CECC/SICA, and US global corporations.

Thanks to a Fulbright-LASPAU Scholarship, he completed his master’s degree in Education at the University of Iowa (USA, 1991) and a Licenciatura in Psychology at the UCA (El Salvador, 1987). He obtained a Certificate in Leadership and Development from the Harvard Kennedy School of Government (Boston, USA, 2009) and a Diploma in Educational Policy Analysis from the Ibero-American University (Mexico, 1995).